Okay, this is too cool not to share - a homage / modern steel version / looks-like copy of Otzi the Iceman's flint dagger. Made by Condor, this knife is a modernized take with an upgrade from flint to steel, sinew to twisted copper wire, ash wood to flame-hardened hickory, and from a lime tree bast sheath to a brown leather belt sheath. Otzi's knife has been brought into the modern age while maintaining a primitive look and feel.

From the museum pages linked above:
"The dagger has a flint blade and an ash wood handle. ųtzi.s dagger is the only fully preserved dagger from the Copper Age. ųtzi.s 13 cm dagger has a flint blade and an ash wood handle. The blade was forced into the wooden handle and bound with animal sinew. A string was attached to the end of the handle. The 12 cm sheath is made from lime tree bast. On the side of the sheath is a leather eyelet, presumably used to attach the dagger to the belt. The sheath is considerably larger than the dagger blade which is very small, hardly bigger than an arrowhead, perhaps because it was often resharpened. To sharpen his flint tools, ųtzi used a retoucheur to remove tiny fragments. Tests have shown that the flint came from the Lessini Mountains, an area east of Lake Garda." 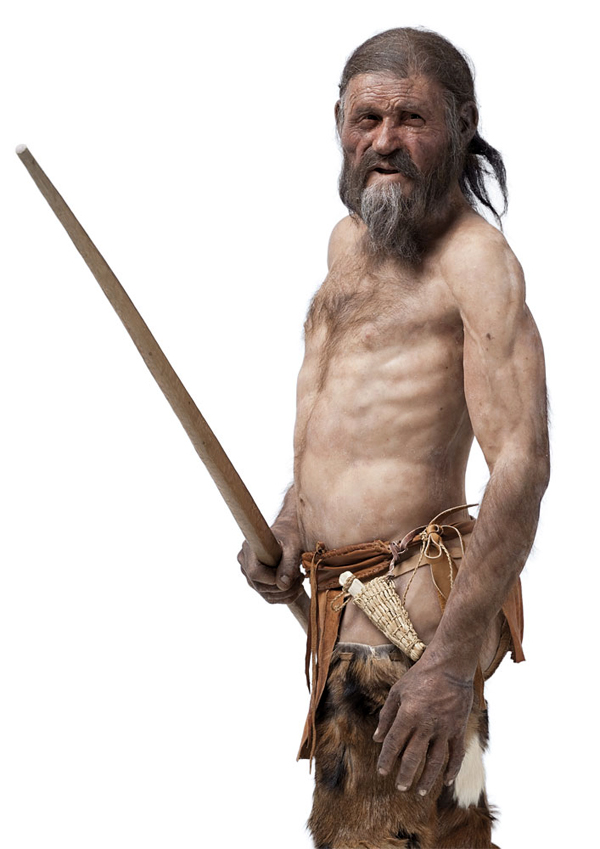 (I'm relatively sure I've seen this guy at a pagan festival)